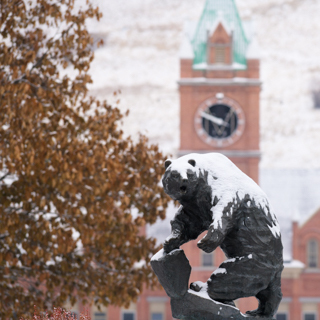 Each Homecoming, the University of Montana Alumni Association honors outstanding alumni with Distinguished Alumni Awards. University alumni and friends are invited to nominate, on an individual basis, a graduate or former student for this award.

Recipients of the award are individuals who have distinguished themselves in a particular field and who have brought honor to the University, the state or the nation. The University of Montana Alumni Association Board of Directors Awards Committee focuses on career achievement, professional honors, professional membership/directorship, community service and UM or UMAA recognition or service in selecting recipients.

The Office of Alumni Relations and Alumni Association strongly encourage nominations that reflect the diversity of our alumni. 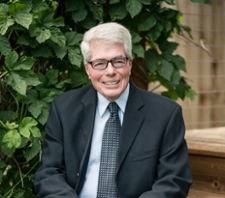 Roger Barber has used his three degrees from UM to give back to his home state and benefit the people and organizations around him.

Barber briefly lived in Washington, D.C., in 1973, where he worked as the Montana intern in Sen. Lee Metcalf’s office and then as a researcher and writer for the Indian Civil Rights Task Force.

Back in Montana, he began his vocation as a college teacher, working as a member of the School of Business Administration at UM before moving to Northern Montana College in Havre, now MSU-Northern.

Barber found a perfect match for his interests, a college composed of small town, rural, eastern Montana, first-generation students just like him. He was the first faculty member hired for the college’s new bachelor’s degree in business and saw it grow to become the second-largest program on campus. He was promoted to full professor and eventually served in several leadership roles, including department chair, dean of the College of Technical Sciences and provost under two chancellors.

In 2003, Barber was asked to serve as deputy commissioner for academic and student affairs in the Office of the Commissioner of Higher Education for the Montana University System. Within nearly five years, he improved credit transferability between campuses by creating a general education core, a standardized nursing curriculum and faculty councilsto determine course equivalencies at the various institutions.

Barber is retired and lives and volunteers in Whitefish. He is married to his beloved Mary VanBuskirk ’75, J.D. ’78, and together they garden, read, eat well and travel the world. 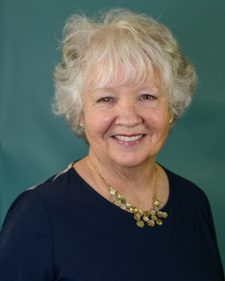 Katie Grove has advanced women in athletic training for more than 40 years.

After earning degrees from UM in 1973 and Indiana State University in 1974, she became the first full-time female athletic trainer in the state of Michigan when hired at Eastern Michigan University in 1975. She received a Ph.D. from the University of Missouri in 1990.

In 1995, Grove developed and served as chair of the national Women in Athletic Training Task Force and later the Women in Athletic Training Committee. Known for promoting women into leadership roles and educating all members on pay equity, honors and awards, sexual harassment and women’s exclusion in job opportunities, she also founded the Women in Leadership Program at the district level in 2018.

In retirement, she developed an affiliate program of Rocky Steady Boxing in St. Paul, Minnesota, which uses non-contact boxing training to combat the symptoms of Parkinson’s disease. As a member of the Naseby Rhinehart Athletic Training Scholarship Committee, she also serves UM’s Athletic Training Program. 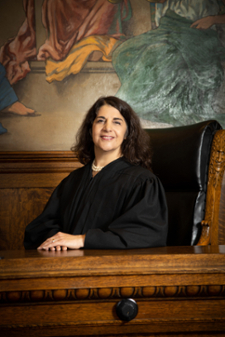 Leslie served as an adjunct professor at UM’s Alexander Blewett III School of Law, deputy Missoula County and city attorney, chair of the Board of Trustees of the State Bar of Montana, and standing master for the 4th Judicial District Court. She now is district court judge, appointed in 2005 by Governor Steve Bullock.

As a member of the National Court Appointed Special Advocates’ Judicial Leadership Council, Leslie oversees child abuse cases. She finds time to volunteer for organizations such as Missoula Aging Services, where she works on the governing board to protect older adults and adults with disabilities. 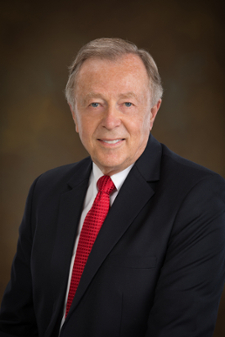 Mike, who served in Vietnam before earning his three degrees at UM, worked in the state Legislature for 22 years. He also served as deputy Missoula Country Attorney, supervising attorney for the Montana Department of Justice’s Child Protection Unit and the owner of a private family law practice.

Since 2002, he has directed UM’s Dennis and Phyllis J. Washington Foundation, helping it grow as a respected philanthropic advocate for children and education and spearheading projects such as the Phyllis J. Washington Education School and the Washington Champions Center. From volunteering at Habitat to Humanity to mentoring veterans, Mike is committed to helping his community.

Throughout the years, the Halligans also have given many foster children a home. 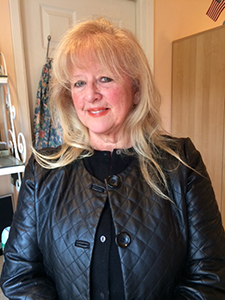 Nancy Kaser-Boyd, who received her master’s degree and doctorate in clinical psychology from UM, has become a recognized expert in her field.

She completed psychology internships at Los Angeles /University of Southern California Medical Center and the Long Beach Veterans Administration, as well as postdoctoral study at the USC Institute of Psychiatry and Law.

A clinical and forensic psychologist for more than 39 years, she serves as a clinical professor –the highest academic rank – at the Semel Institute for Neuroscience and Human Behavior at Gefflen/UCLA School of Medicine. She trains psychology graduate students, medical students and psychiatry residents in psychological assessment. She also consults with USC’s Gould School of Law’s Post-Conviction Justice Project on prison inmates filing appeals.

Kaser-Boyd is a member of Los Angeles County Superior Court Panels of Psychiatrists and Psychologists in criminal, juvenile and dependency courts and consults on criminal cases in state and federal courts throughout California and the western U.S. A primary focus of her forensic work is battered women who kill abusive spouses. Her testimony recently was cited by the California Court of Appeals, reaffirming experts’ ability to testify about a defendant’s mental state at the time of a crime.

Kaser-Boyd has authored numerous book chapters and journal articles, including in the publications “Forensic Psychological Assessment in Practice” and “Criminal Responsibility in Autism Spectrum Disorders.” In 1990, she spoke at the Montana Psychological Convention on “Ten Years After Graduate Training,” expressing gratitude for the education she received at UM. 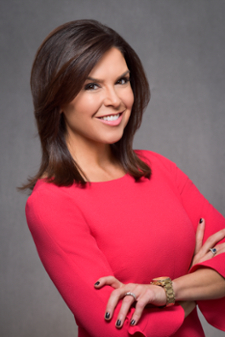 A 1993 graduate of UM’s School of Journalism, Meg Oliver is an award-winning CBS News correspondent with more than two decades of journalism experience. Oliver began her broadcasting career at KCFW-TV in Kalispell and worked in Seattle, her hometown of Detroit and California before joining CBS News in 2006 as overnight anchor of “Up to the Minute” and correspondent for “The Early Show.” After freelancing for ABC News, she returned to CBS News in 2015 as a freelancer and anchor for CBSN, covering breaking news like the San Bernardino shooting and the murders of WDBJ-TV anchor Allison Parker and her videographer Adam Ward.

Oliver has reported on a wide range of breaking news stories around the county and world. In 2017, she covered the London Bridge terrorist arrack and Hurricanes Harvey and Irma. She was the only network correspondent to sit down with the parents of a Florida teenager who ran away with her soccer coach. In 2019, she covered the number of unreported deaths at trampoline parks; the dive boat fire that killed nearly three dozen people and a man who lost five family members; the devastating wildfire in Paradise, California, and the nation’s opioid epidemic.

She has spent the past months covering the pandemic, from the latest on the vaccine front to several in-depth reports on education and COVID-19’s impact on students, teachers and families.

Based in New York, Oliver reports for all CBS programs and platforms, including CBSN, the 24/7 digital streaming news network. Her breaking news and continued coverage journalism has earned her several Society of Professional Jounalist honors and Associated Press Awards.

Oliver has a special interest in mentoring new graduates from UM's journalism school. She and her husband also are the proud parents of three children. 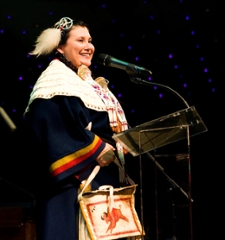 Although Lynette Stein-Chandler was only 41 when she died unexpectedly in 2017, she left behind a legacy in American Indian education and Native language revitalization.

A member of the Aaniiih and of Nakoda descent, Stein-Chandler, also called “Dancing Woman,” and her husband were the first graduates of Montana State University’s Native American Studies master’s program.

In 2003, Stein-Chandler founded the private K-8 White Clay Language Immersion School (part of Aaniiih Nakoda College) to revitalize and save the Indigenous native language, increasing fluent speakers on Montana’s Fort Belknap Reservation. She also spent time as a Fulbright Scholar in Peru and Guatemala and received her Doctor of Education in Educational Leadership from UM in 2010as a Mellon Fellow from the American Indian College Fund.

The $2 million Native Language Community Coordination, a national grant program at the U.S. Department of Health and Human Services, Administration for Native Americans, was created to help her legacy live on.

The Distinguished Alumni Award Recipients also have their names engraved in bricks on the University's Oval.