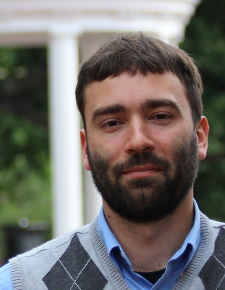 Jonathan Adams earned his bachelor’s degree in psychology from UM in 2010 and a master’s in counseling at Wake Forest University in 2012.

After studying grief experiences in India, he helped create a clinical service for dementia patients and caregivers in North Carolina – a program featured in numerous Alzheimer’s journals and still running today.

Adams gained experience as a mental health clinician for low-income clients and at an international crisis call center for employees experiencing work-related stress and mental problems before transitioning to career counseling.

For the past six years, he has served as a career counselor at the University of North Carolina at Greensboro and taught career development courses at UNC-Chapel Hill and Wake Forest University. He headed efforts to serve underrepresented student populations at UNC-Chapel Hill’s career center and also created his own venture to help startups recruit staff and interns.

Even with volunteer work, Adams finds time to connect with UM by attending alumni gatherings in the Raleigh-Durham area.

“I am very grateful to my mentors at UM who believed in me and cheered me on as I launched my career,” he said. “They all had significant impacts on my personal and professional development and inspired me to be an educator and student advocate. I’m forever grateful to them and others at UM who made my college experience unforgettable and prepared me for my future endeavors.” 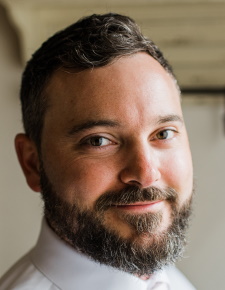 Luke Banmaier received his UM degree in health and human performance-athletic training in 2010.

He began his career as a graduate assistant athletic trainer for the University of Oregon football and women’s lacrosse teams from 2010 to 2012, before earning an athletic training residency at St. Luke’s Sports Medicine in Boise, one of less than 10 such programs in the country.

From 2013 to 2017, Bahnmaier worked as a clinical athletic trainer for a shoulder and knee surgeon and now manages St. Luke’s Orthopedic Urgent Care clinic, the first in St. Luke’s health system. He shares his skills and knowledge with athletic trainers and physicians at state, regional and national conferences.

Bahnmaier also mentors Griz by volunteering as a preceptor to the UM Athletic Training Program, collaborating with UM Professor Valerie Moody and other athletic trainers on various regional advocacy projects, and presenting at the Montana Athletic Trainers’ Association spring seminar at UM and annual state symposium.

“Luke is the epitome of what we hope our current and future students strive to be,” Moody said. “His work ethic, determination, humility, professionalism and leadership are skills that we aim to instill in our students. Through his leadership roles, he mentors other young professionals and helps them socialize into a rigorous and demanding field.”

A recipient of the 2018 Northwest Athletic Trainers’ Association New Horizon Award for his above-and-beyond work, Bahnmaier is especially passionate about improving care for patients, including the optimization of care coordination and care pathways. 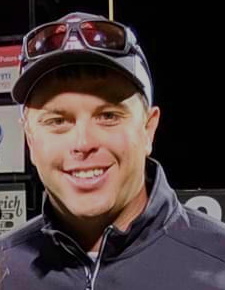 Bryce Carver earned a bachelor’s of business administration degree with an emphasis in management from UM in 2013.

A Griz football receiver from 2009 to 2012, he now incorporates his football experience into coaching. Since 2014, he has coached high school football and basketball at Hamilton High School. He also has worked in special education and earned a teaching license.

Carver became head football coach of the Hamilton Broncs in 2017, and his teams have played in two state championships and posted a 30-5 record. He coached the Montana Shrine Game, one of the country’s oldest high school all-star games, in 2018 and 2019, as well as the Montana-North Dakota game in 2018.

Carver comes from a coaching family and follows his grandfather, brother and wife (who is also an educator) in a line of Griz. He often connects his students with UM, encouraging them to attend the University once they graduate and contacting Griz Coach Hauck to sign football players. 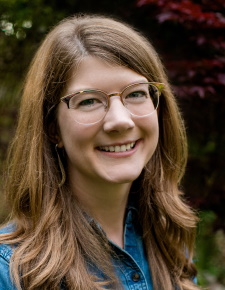 Emily Graslie received her bachelor of fine arts in studio art and minor in art history from UM in 2011.

As the first-ever chief curiosity correspondent for the Field Museum in Chicago, Graslie is well-known as a science communicator, educational television and digital media producer, writer and host.

Graslie is the creative mind behind nearly 200 videos that share her passion for science while encouraging her audiences to become interested in museums and the natural sciences. “The Brain Scoop,” her online science education platform, can be found online at https://www.youtube.com/thebrainscoop.

Before skyrocketing to internet and science fame, Graslie worked at the Philip L. Wright Zoological Museum while she was a student at UM. On her educational channel, which she created in Montana in 2013 with YouTube educator Hank Green (M.S. ’06), she interviews scientists, tours collections and describes how to prepare museum specimens.

UM featured Graslie on the 2019 Odyssey of the Stars, and she has received multiple additional awards, including the American Alliance of Museums’ Nancy Hanks Memorial Award for Professional Excellence, six Webby Award honors in the Online Science/Education Channel and Web Personality/Host categories, and listings on the 2018 Forbes "30 under 30" list in Education.

In 2017, Graslie was listed among the Chicago Tribune’s “Chicagoans of the Year.” She also has the unique honor of having the Wahydra graslieae butterfly species found in Ecuador, named after her.

As a promoter of UM on her show, the University has a Graslie Curiosity Internship in her honor, which encourages students from any major to pursue a creative project with the Philip L. Wright Zoological Museum.

Graslie’s latest project coming to PBS this summer is a three-part series exploring dinosaur fossils in Montana and the surrounding states. 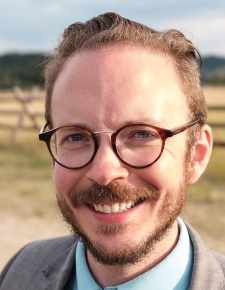 Svein Newman earned a bachelor’s degree in political science from UM in 2009 and has put his degree to work across Montana ever since.

As an active student at UM, he was involved in the UM Debate and Speech (Forensics) Team, ASUM and an anti-sweatshop campaign with Students for Economic and Social Justice.

For the past decade, Newman has worked at the conservation and family agriculture nonprofit Northern Plains Resource Council. There, he has helped develop community leaders and worked with Montanans of all stripes to help protect water quality, family farms and ranches, and Montana’s unique quality of life through efforts at the local, state and federal levels.

Passionate about community organizing, he is also a trainer for other like-minded organizations around the state.

Newman co-founded Soft Landing Missoula for refugee resettlement and is the vice-chair of the Montana Human Rights Network’s board of directors. In 2018, he organized a crowdfunding effort that saved 31 low-income households from losing their homes due to delinquent taxes, and in 2019, he led a successful property tax reform to save hundreds of additional Montanans across the state from losing their homes in the future. He graduated from Leadership Montana in 2016.

Newman remains connected to UM by guest-judging debates for the Global Leadership Initiative and is a regular attendee of University lectures and community programming. 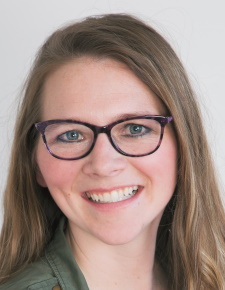 Known for her focus on active and engaged learning, Reynolds-Dyk helped pilot the new Technology Enhanced Active Learning classroom at RMC and continues to promote its use assisting with open houses, demonstrations and professional development workshops. She incorporates media, technology and popular culture into her classroom and created a new course in digital and media literacy. She is planning a TEDx event for the school.

Reynolds-Dyk is also known for her emphasis on high-impact practices, including the integration of civics and service. She coordinates service-learning projects for her students and received RMC’s Active and Engaged Learning Grant two years in a row for a major community service project with her freshmen class. Local nonprofits helped by her students include Tumbleweed, Family Tree, the Montana Rescue Mission, Dog Tag Buddies, the Ramsey Keller Memorial and Special K Ranch. 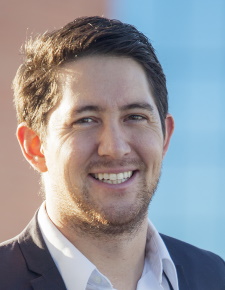 Since 2013, he has led efforts to better the state in multiple areas, especially civil liberties, and is now completing his fourth and final term in the Montana State Legislature as representative for Billings’ House District 45.

He also helped pass legislation ensuring Montanans under 21 would not receive a Minor in Possession misdemeanor for calling 911 during a medical emergency, as well as legislation that brought Uber and Lyft to the state to reduce drunk driving and make Montana more accessible. Zolnikov collaborated to reform asset forfeiture laws and remove laws allowing the state to seize professional licenses of people who default on student loans.

As chairman of the House Energy and Technology and Federal Relations Committee, he wrote legislation reforming major energy and utility laws, as well as managed committee hearings and all other legislative items.

At 26 years old, Zolnikov ranked as one of Forbes’ “30 Under 30” policymakers in the nation in 2014. He also has worked as a business and marketing consultant and spent summers as a swimming coach.